Hi H, how are you doing? You just released the brand new track Tu Mera Main TerI single alongside Kiran Dhanoa with music being produced by Rishi Rich, how does it feel and what has the response for the song been like? Firstly, thank you guys and all for the love, support and respect since day one and now with the release of ‘Tu Mera Main Teri’, really appreciate it – this is what keep’s an artist going and wanting to keep going. The response has been amazing so far, from all over the world, the love and appreciation had been phenomenal. The track was performed in 2012 at a BBC Asian Network outdoor mela, why has it taken this long to release this track? Did any of the track or music change in the last few years up until the actual release of the track?

Rishi, Kiran and myself had this discussion shortly after the song was released, and honestly we were all questioning the same thing lol. It just seems none of us got around to it for some reason – but as they say everything has it’s time and it is all about timing. Now looking back at it, we are actually glad it has officially been released now than before. This whole project has been so organic, it’s crazy how time has gone by so fast and when the decision was made to release this single, it was all turned around within 8 days, from mastering, registering, release date confirmed, photo shoot and video. The track did not change at all, the only work on the track was the final mastering of the track. This just show’s music is timeless and the production Rishi done on this is fresh, evergreen and simply amazing.

As an artist who has been around for many years, what do you think are the biggest factors that are holding back the Bhangra industry, and if you had the power what would you the first change you made be? What else would you try to accomplish?

I don’t think the Punjabi music industry is held back in any way as it’s great to see the progression over the years, the evolving of Punjabi music worldwide is huge. One thing I would say is that the unity between artists can be stronger and more organic - everyone is doing what they are doing and doing it their own way, support each other and rise together, we live once, let’s live it in good vibes. I would love to see more artist’s collaborating and bringing the best out of each other. All about having a strong movement.

You went from Moviebox at the start of your career to VIP Records and have now created your own label H Dhami Music, why the change and what do you think are the key differences in having your own label compared to working with a specific record label?

I didn’t sign to Moviebox, we worked together on a project and few features I done with other artist’s such as En Karma and GV. These were simply releases with the label. In 2016 I signed to VIP Records and had two releases with them (Clap It & Zindagi). Now in 2017, it came to a point where I had to sit back and think seriously of my brand, my vision and what I want to do – this is what my heart wanted and it’s exactly what I done, set up H Dhami Music and here we are, in control of myself & look forward working on what I love. I still have a great relationship with both VIP Records and Moviebox not forgetting all other record labels, which I think is very important.

You are the son of Punjabi music legend Palvinder Dhami who is part of the famous group Heera, do you feel that you need to live up to his legacy or does that have any impact on you? Being the Son of a legendary artist has no doubt very big expectations and responsibilities. A lot of people say to me “H, it must be easy for you as your Dad is Dhami from HEERA etc”, but what people forget is that it’s a big name to follow up to and maintain that respect and expectations that people have. Im trying my hardest and always will to make dad proud and for me, it’s a big deal when they praise my work to my dad – Would love him to feel he is living his dream once again through his Son.

You released the very successful Sadke Java album back in 2008 and were the talk of the Punjabi music industry all over the world at that time, can we expect an album from you in the near future?

My focus is an album and am working towards that as we speak. Fingers crossed late 2017, early 2018 is when I aim for this to be completed.

You mainly have Rishi Rich produce your music and most recently you worked with Canadian The PropheC on Clap It, can you tell us who else you'd love to work with?

Im down to work with great producers who will bring the best out of me and have that vision in creating something fresh. I believe the energy is the key and once that connects, it’s just a vibe from there on. Working with Rishi is always amazing and as he is the one who mentored me from the start, that producer and artist relationship will always be a cut above – besides that, a very good friend like an older brother who always gave me that advise in improving all the time and maintaining that focus. Now back in studio with Rishi, looking forward to creating some great, organic music. If you could duet with any female Punjabi artist past and present, who would it be? What is your favourite track by a female artist right now?

There are so many great female singer’s in recent years and its great to see that. At present, I love the vibe of Kaur B, Jenny Johal, Neha Kakkar, Kanika Kapoor and many more. Feeling Jasmine Sandlas’s vibe for sure, that edge she has in her tone, the way she sings and all. Still loving ‘Yaar Naa Miley’. Not forgetting Kiran Dhanoa, she sounds amazing on ‘Tu Mera Main Teri’ and look forward to more music from her this year.

The female Punjabi music industry is stronger than it ever has been before, what do you think has contributed to that?

I guess it’s the freedom and how women are now more accepted as artists that before, it’s good to see that positive movement and we for sure need more of it.

Why did you think Kiran Dhanoa was the perfect choice for this track to sing alongside you?

It wasn’t even the case that we planned to do a duet, I think more than anything, Rishi knew that this marriage of vocals tones is a no brainer.

Is Asian influence in mainstream music seen as too "different" and novelty? Is the industry unwilling to take a chance on it? I think it’s personal preference and everything has it’s time. When one start’s then I guess you will see one after the other going for it. Music is a team effort, music producers are responsible for choosing the proper lyrics and then working out compositions with the lyricists and the singers but over the years the producers job has become too easy as they are given premade compositions and raw vocals ready to be mixed, is this the proper procedure to do things?

Everyone works in different ways and there’s no right or wrong way to structure a song I guess. Some have lyrics ready then compose, some compose then have lyrics written and so forth. 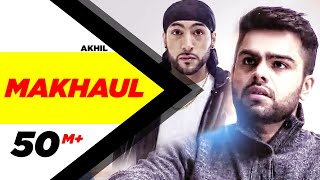